The future of AI is here 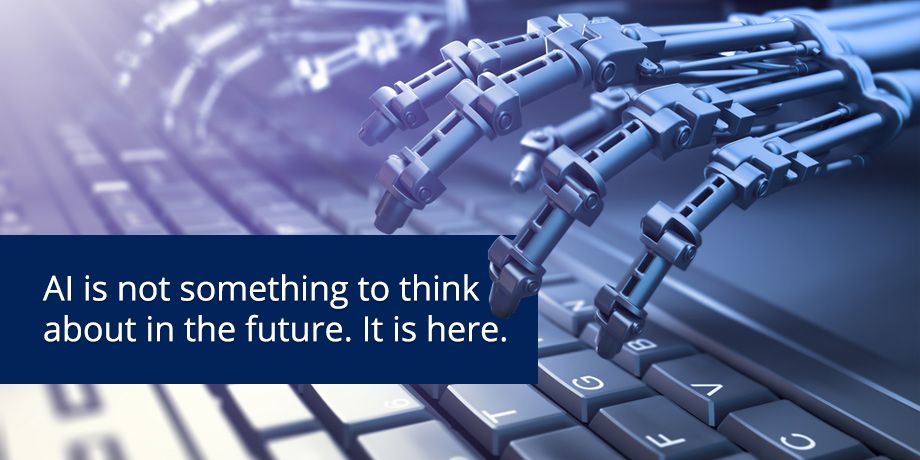 The sci-fi classic, Terminator 2: Judgement Day, was released in 1991. For a boy who loved science-fiction, it was a shocking, yet fascinating sight – a machine army marching against a weakened human rebellion, crushing human skulls with every step. It blew my 12 year old mind!

I was awestruck by the concept of these superior mechanical beings self-organising, self-learning and self replicating, with the macabre goal of eradicating their human creators. It was the ultimate movie script – with enough foresight to make it technically viable but far enough into the future that you didn’t have to lose sleep over it.

That’s what I thought at the time.

The future is now

Skip ahead 25 years and I’m watching a YouTube video about a humanoid robot that is actively experiencing and sensing the world for the first time. Using Artificial Intelligence (AI) and neural network technology, the humanoid is able to detect its surroundings – noise, temperature and humidity – and react in much the same way as a newborn child.

If that isn’t creepy enough, it even responds to cues in a human-like voice. The hairs on my neck literally stood up as I thought … has John Connor’s judgement day become reality?

Which leads me to my point – what is the disruptive impact of AI technology and why should we care?

Probably the most important point regarding AI is this: it is not something to think about in the future. It’s already here.

If you’re not devouring every available AI resource to understand how to leverage this technology, you’re probably a few years behind a lot of really smart people. Although the concepts are 60 years old, advancements over the past 5 years have poised AI technology to revolutionize industries as diverse as health care, law, journalism, aerospace and manufacturing. Coupled with the giant leap in available processing power and the big data phenomenon, AI has the potential to profoundly affect how people live, work and play.

I recently attended a talk on ‘disruption,’ where the keynote speaker really opened my eyes with insight into AI projects that will fundamentally change entire industries overnight. The most interesting realization for me was that the projects are not restricted to enabling mechanical work. The projects that stood out the most were those that challenged the previously unaffected white collar professions.

A quick search on Google lists dozens of products designed to disrupt industries on a large scale, many of which are already in operation:

Are you preparing for the AI revolution?

My intention in posting this article is to provoke thought and inspire action. If you haven’t already scheduled an AI innovation workshop in your company, these statistics  may motivate you to replace your next product-roadmap session with something that will actually matter in 5 years time: 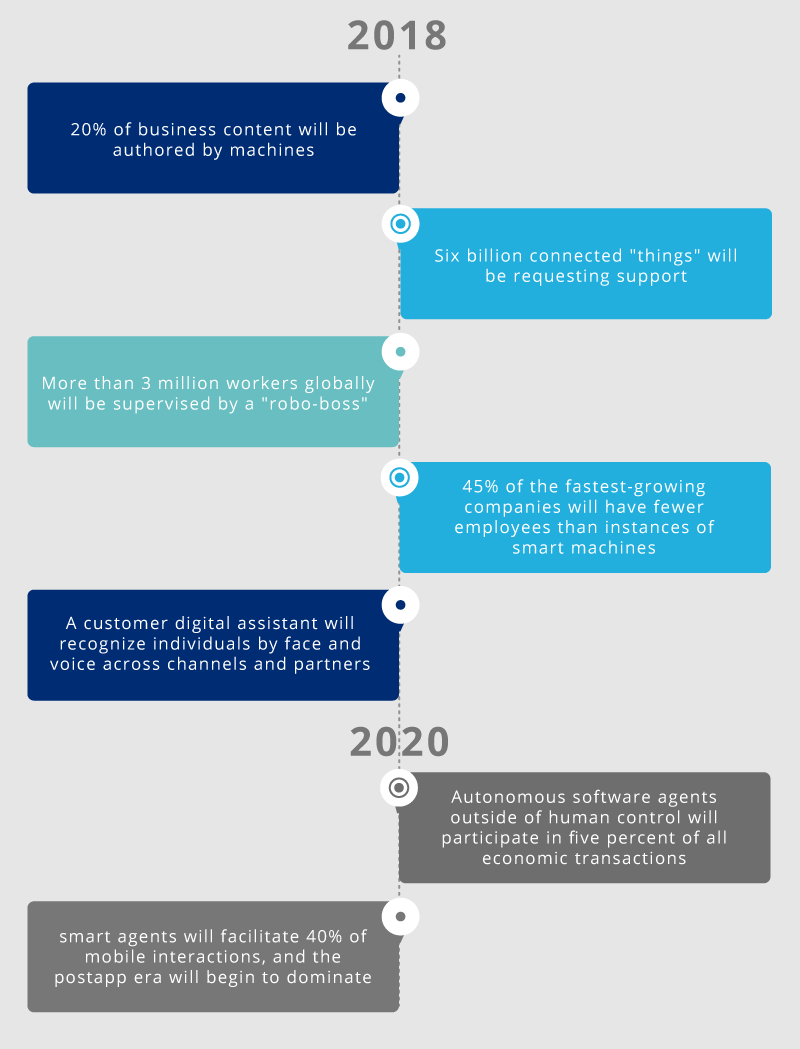 Most exciting for a futurist like me,  is that 7 of Gartner’s top 10 predictions for IT organisations in 2016 and beyond, relate directly to AI technologies.

Now just in case we’re heading towards a Judgement Day scenario, I am going to re-read the open letter published by some of the world’s leading scientists and researchers cautioning against the use of AI for autonomous weaponry. Hopefully we can avoid the impending machine army.

Brent Haumann is the Managing Director at Striata, Africa. He started with the company in 2005 as a Project Manager and went on to head up Platform Development for over 10 years. Prior to Striata, Brent managed large software implementations for Educos and Deloittes.

Read more of Brent’s blog posts here or connect with him on the following social channels: