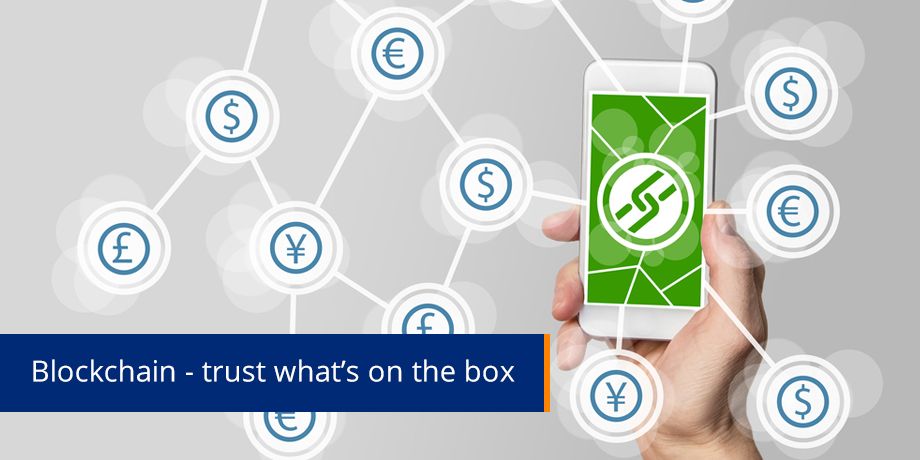 There are thousands of blogs and articles that provide insight into how these platforms work and why they stand to disrupt traditional institutions and financial models. More recently, the focal point of this excitement has shifted away from the digital currencies themselves and moved towards the underlying framework – Blockchain. Lauded as a “technology revolution” that will change the world as we know it, it’s almost impossible not to start considering the opportunities and threats that it might unearth within our individual business ecosystems.

Realizing the need to grow my general knowledge in this space, I set-off to work through the technical details of a blockchain with the intention of simplifying the concepts for an upcoming product strategy session.

Clearly the thousands of existing articles that already simplified the concepts were not good enough, and I could obviously do a better job (I thought!). After wading through countless articles, blogs, videos, infographics and whitepapers, I eventually succumbed to the fact that many of these writers had in fact already done a GREAT job. There is unfortunately very little middle-ground when explaining how a blockchain works. There is a technical explanation and a non-technical explanation.

Using Bitcoin as the use case, this is probably the best diagram I found (even though it is still missing some key points, like transaction fees): 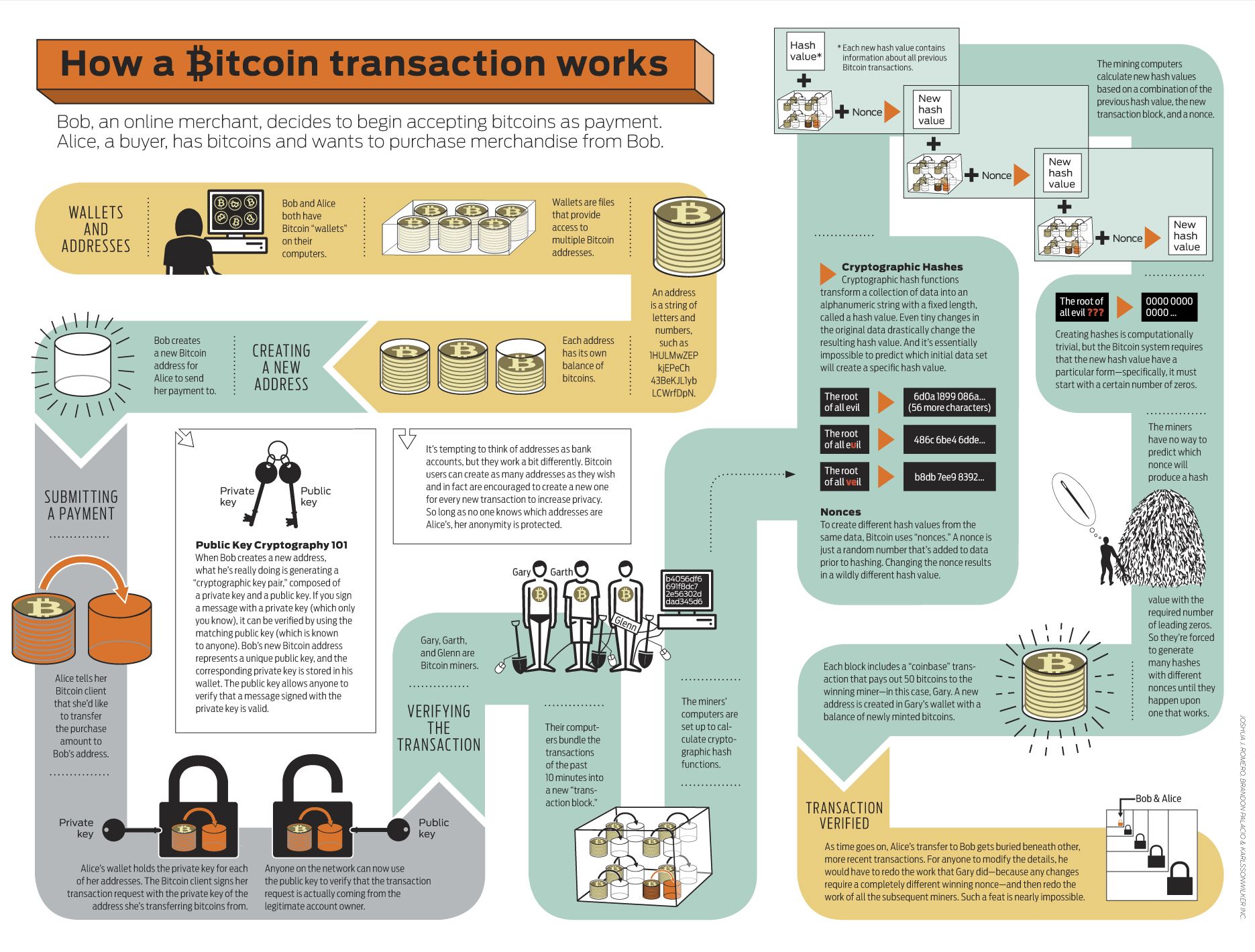 Though I managed to extend my personal understanding, I didn’t add much value that I couldn’t have pulled off the internet. That sucks. However, every cloud has a silver lining… on my quest to learn more about blockchains I identified five points that would help anyone on a similar path:

1. It’s not that important to understand the technical details if you trust what it says on the box

The internals of a blockchain are complex. To understand how it achieves its value proposition requires you to first understand a multitude of technology and cryptography concepts… or, you could just trust that it does what it says on the box. Unless you plan to integrate blockchain technology into your own product, been earmarked as the blockchain guru or you just have an innate interest on how things work – then my suggestion is to just trust that the technology works and has been verified by people smarter than you and me. In my reading, I found a well worded summary of the blockchain value proposition that I believe could be found on the side of the figurative blockchain box:

Blockchain is a global distributed technology that can represent — in an immutable way — ownership and transfer the value or property associated to it without an intermediary (what is called trustless consensus using paradigms such as Proof of Work or Proof of Stake). This enables transactions to be able to operate autonomously using programmatic features called smart contracts, that rely on cryptography to perform/validate their purpose (e.g. move around assets, execute agreements) with an unprecedented level of security (distributed systems have no single point of failure and their scalability is huge). (Hector Garcia, CTO of 2getherbank)

2. People are trying to find a problem for a solution

It’s always easier to understand a technology once you understand its intended purpose. As a result I like working through a set of use cases before delving into the technical details –  and there is no shortage of blockchain use cases on the internet. The problem is that many of these use cases have been moulded to make use of a blockchain when they could more prudently be solved using other (less sexy) technologies. Though I appreciate the ability to creatively use technology for unintended purposes, it is never a great idea when it comes at the expense of a better solution. My realization was that we shouldn’t be mislead by some of these use cases. The blockchain-hype is causing businesses to abandon software engineering first principles in order to shoehorn a technology into solving a problem.

The marketing and product teams out there are trying hard to include the word “Blockchain” in every bit of content they can. It seems reasonable to build on the blockchain media momentum to increase the exposure of a business or product, but unfortunately it is muddying the waters. While researching, I came across articles and products that have generalized the term “blockchain” to mean more than the blockchain framework alone. Businesses that have built workflow systems, using blockchain technology as an open and immutable audit log (the correct usage of which is debatable), that refers to the full stack (including the workflow layer) as the “blockchain”. Though subtle, this type of term dilution can be confusing when first trying to understand the technology.

4. Blockchain is a technology, not a product

In case it wasn’t obvious at first, it is important to note that a blockchain is a technology and not a product. Some articles imply that all blockchains are made equal. This is however not true. The Bitcoin blockchain was the framework upon which other subsequent blockchain variations were modeled, each tweaked for a specialized purpose. Whether that is still a “blockchain” or something else is a different discussion. My realization here was that there are varying types of blockchains out in the wild that are designed to solve different problems (see Ethereum, Ripple, Hyperledger, BitShares). Don’t assume they are all the same

5. It has not changed the world… yet

Though blockchain technology has been around for almost 10 years and shows massive potential in diverse industries, it has not yet been widely adopted. There is still much research, usage, adjustment and failure that needs to take place before the technology can fulfill its potential. I realized that even though the technology can theoretically solve a number of massive, longstanding problems, only time will tell whether we will witness it causing a “technology revolution”.

In short, the potential for blockchain technology is undeniable and many believe that its true value is yet to be discovered. Much like AI, machine learning, VR, AR, IoT and 3D printing, I suspect the term “blockchain” is one that we’ll be hearing for many years to come.   Knowing this, it’s probably worth spending the time to ramp up your knowledge in this space so that you, like me, can speak somewhat knowledgeably about blockchains at your next product strategy session.

Brent Haumann is the Managing Director at Striata, Africa. He started with the company in 2005 as a Project Manager and went on to head up Platform Development for over 10 years. Prior to Striata, Brent managed large software implementations for Educos and Deloittes.

Read more of Brent’s blog posts here or connect with him on the following social channels: