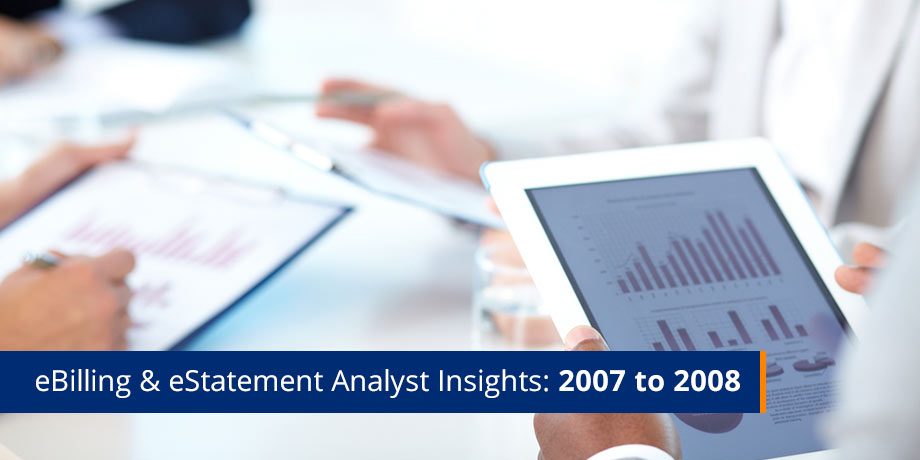 This month’s article considers analyst insight regarding their research into electronic bill and statement adoption, with a focus on financial services. Research confirms that despite a significant increase in electronic payments, adoption of online bill pay and online banking has not resulted in the anticipated paper turn off.

Six years after Bank of America issued a landmark study that directly linked bill-pay use with a customer’s profitability and loyalty, banks continue to struggle with adoption and attaining regular usage by their online customers.

According to a September 2008 Forrester analysis, 70% of online consumers are willing to replace paper bills and statements. While customers are willing to go paperless, Forrester believes they will not take the initiative to eliminate paper. Customers have had the option to turn off paper for several years now. Few do. Customers have shown that they are ready to abandon paper. They just need a push.

Forrester research found that more than 55% of online checking, savings, and credit card customers are now receiving eStatements – an increase of almost 15% from 2006.

They noted, however, that most consumers still get paper statements, and that much of the growth in adoption has come from users receiving both online and paper statements, with fewer than one in five online customers completely abandoning paper. 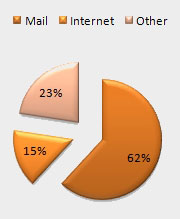