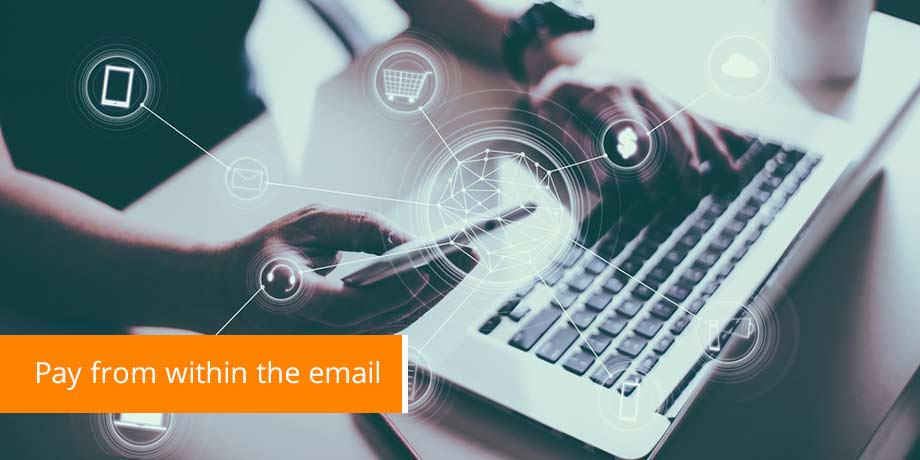 In the United States, the number of households who have paid a bill electronically at least once has doubled in the past four years,reaching 30 million, but only 6 million households use this method actively. Web-based payment scan be made at a consolidator’s site, usually one operated by a bank, or they can be made at a site operated by a single biller, usually after an electronic version of the bill sent via email has “pulled” them there with an embedded link.

Another way to accomplish this is to “push” email that delivers not only the bill but also the opportunity to pay it from within the email. Sending an electronic payment directly to the biller allows customers to be credited on the same day. Other advantages to consumers are that emailed bills can look identical to their paper equivalents, and can be printed out and saved by those who want to pay them later or keep them as receipts.

Consumers may be more ready to adopt email payments because almost everyone with access to a computer already uses email regularly. The process of paying a bill from within the email can take just one or two clicks, versus five clicks or more at a consolidator’s or biller’s Web site. Payments can be made with a credit or debit card, or through the automated clearinghouse from a deposit account, and can be accomplished in roughly 30 seconds.

Nearly 20% of customers pay their email bills the same day they receive them, decreasing the biller’s float. Billers also save money by getting customers to stop receiving paper bills altogether. Emailed bills are encrypted to secure data in transit and after delivery. Opening them can involve the same amount of security available from Web sites, such as multi factor authentication. The return payment is also secured.