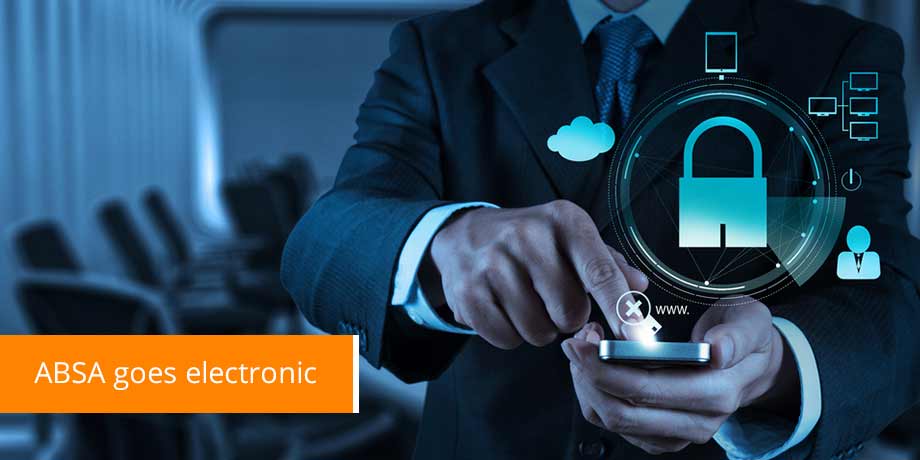 During 2008, Absa collaborated with supplier Striata to drive a dramatic switch from paper to electronic statements for current accounts, cards, vehicle finance and mortgages. Having issued eStatements for credit cards and vehicle finance since 2002, Absa extended its eStatement option to current accounts and mortgages in June 2008. The move to eStatements is producing significant savings in both resources and costs – and these benefits will expand further in 2009. Striata Absa eStatements

For the past five years, Absa has been working with Striata on the implementation of – and migration to – eStatements, eMarketing, and eContacts. Striata is a global supplier of secure delivery through email of statements, payslips and other confidential documents, and in maximizing the adoption of these electronic delivery solutions.

As a result of the extended eStatement roll-out, Absa sent a total of approximately 781,000 statements electronically during 2008, a sharp increase on the previous year. In terms of environmental impacts, this move from paper statements resulted in estimated savings of some 20 tonnes of paper and 50 tonnes of greenhouse gases.

While many customers are positive about the migration to eStatements, their responses can vary. A small proportion is eager to embrace eStatements because of their environmental benefits. Customers who are already using internet banking also tend to convert relatively easily. However, across the bank’s customer base, the general uptake of eStatements currently remains modest.

That said, Absa remains convinced that eStatements represent the future both for banking and for the environment, and is making them the preferred delivery method for statements for new customers in Absa’s branch network. Absa’s targets for 2009 are to issue twice as many eStatements as in 2008, and to convert 150,000 accounts from print to electronic statements by the end of 2009. Alongside the risin.